Bus Accident Lawyer Greenville, SC: In the United States, there has been evidence of a steady increase in the total number of traffic accidents involving buses of all types within the past 20 years.

2014 happened to be the last year in which statistics of bus accidents were compiled by the agency.

A large portion of bus accidents in the U.S. involve vehicles that are part of a city such as Greenville SC’s public transportation system.

Thousands of people suffer injuries every year across the United States in accidents that involve buses engaged in public transport. Injured parties Including bus passengers, pedestrians, and third parties involved in collisions with public buses. A Bus Accident Lawyer can help consult on the legal issues surrounding such accidents.

These accidents often prove to be catastrophic events like the 2017 bus accident involving members of the Braunfels, Texas, Baptist Church that killed all but one passenger. In such cases, family members of involved parties are encouraged to call a wrongful death lawyer.

According to the National Highway Traffic Safety Administration, (NHTSA), school buses are in fact “one of the most safe forms of transportation” in the United States.

The NHTSA also reports that on average, six children annually are fatally injured in accidents while passengers on school buses.

There are approximately 450,000 school buses in operation at this time in the U.S. Concerns exist in reference to how thorough inspections of school buses are within the United States.

There are some common causes of bus accidents in Greenville and across the United States.

Such causes include driver fatigue or a distracted driver, specifically a driver who is texting or using some other type of electronic device at the time of an accident.

More frequent causes of bus accidents can include mechanical failure or an intoxicated or impaired driver.

Speeding or violating other laws of the road complete the list of the most common causes of bus accidents in Greenville SC. If you need help from a Bus Accident Lawyer, contact the law offices of Brian T. Smith.

Want to join the discussion?
Feel free to contribute!

The Law Office of Brian T. Smith can represent clients who
have suffered serious personal injury as a result of the negligence of others.

When Medical Bills and Suffering Pile Up After A Car Accident,
You Need To Hear Some Good New From a Car Accident Lawyer.

Every Injury is Personal 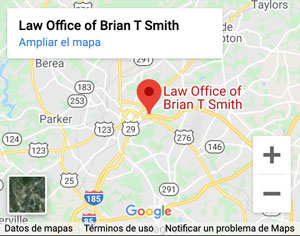 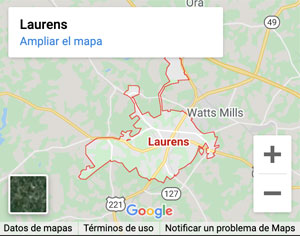 *Files are primarily handled in our Greenville office.
Disclaimer: This website is not intended to be a substitute for personal legal advice.